Value vs. Price: They’re Not the Same Thing 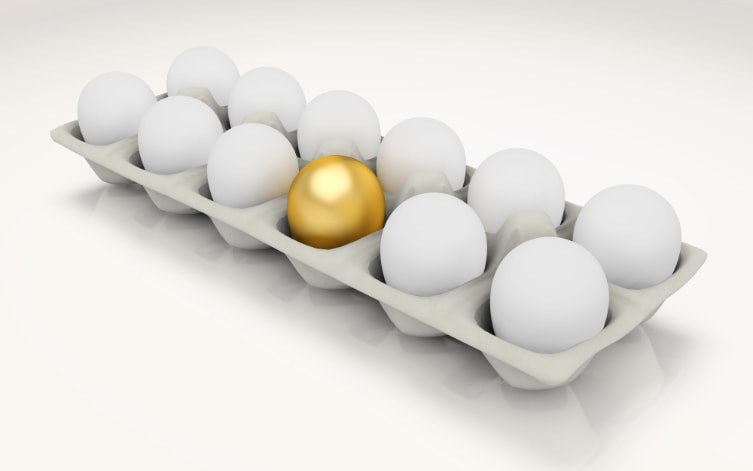 Buckle up, folks. This is gonna be a long one!

I participated in a conversation about computer brands recently with a group of friends. It was the tired old argument that’s been beaten to death many times over the years; you know the one I’m referring to. I was disappointed in myself that I got sucked into the argument, yet again, because honestly, I don’t care much to take one side or the other. But the conversation got me thinking about the important distinction between value and price.

Numerous factors contribute to true value. In my view, the most important of these are the following.

Benefits are the very heart of value. Does the thing – it could be an object or a service – provide real, tangible benefit that the alternatives might not? When the thing makes some specific process or activity more effective, efficient, and pleasant, it has benefit, and therefore adds value. When it addresses a pressing need correctly and gracefully, it has a lot of benefit.

It’s important here to not confuse features with benefits. Features may contribute to benefit, but they may also be additional feel-good aspects of the thing that do not truly add any value.

Let’s take car-buying as an example. Nobody in their right mind sets out to look specifically for a car with a perfectly sized and placed cup-holder, or heated seats at just the right temperature, or a particular color of light on the dash console. None of these things contribute to the actual function of the car.

Recognize that features with great appeal during your selection and buying process are the sprinkles, not the cake or even the frosting. (I mean c’mon, cake is all about the frosting, right?) Generally, features are expendable without losing the core function or benefit of the thing, sometimes you may need to make tradeoffs, and features you never actually use have no benefit whatsoever.

Quality drives many of the other benefit factors. A thing that is well-made (be it a blender, a car, a house, a web site, or a piece of writing) is designed around the purpose and function it is to serve, and it is built to serve that function continuously. Generally, this involves optimization of that thing to best serve the function, and removal of any aspects that impair the function. Quality drives usability, reliability, and durability.

We often see products promoted as being of higher quality because they’re hand-made. Sometimes, they are. However, our view is easily colored by the long-standing assumption that mass-produced objects are inferior. Oftentimes, this is simply not the case.

The quality of a hand-made product depends entirely on the experience and skill of the maker; there’s a big difference between an artisan who has been building variations of the thing for 30 years and a neophyte who is applying newly acquired knowledge for the first time. This is not to say we shouldn’t support neophytes… they can’t become experts without practice.

By the same token, products manufactured at scale can be produced with exceptional quality. Examples of this are far too numerous to list, or even choose one to illustrate the point. But I’ll bet you can think of a dozen examples from your own experience in under 5 minutes.

In terms of value, the primary goal is to seek quality, regardless of how or by what process the thing is made.

This one should not be difficult to grasp. Things are made to be used. Yes, even works of art, music, theatre, and so on; they’re just made to use in ways we don’t conventionally think of as use.

When seeking value, it is important to look closely for signs that the thing in question has been designed and made with the end-user(s) in mind.

As an example: I worked in software for many years, and you would be surprised how frequently I encountered products (including those of my former employer, sadly) that appeared to place little or no priority on usability or user experience. I saw a TON of software that was “designed” by engineers, the way engineers think about things, and as if only engineers would ever use the application. Little or no consideration was given to the actual people who had to use the products. Yuck!

In fact, UI/UX is still a fairly young profession. More accurately, it’s a relatively new twist on the much older (but still surprisingly young) study of “human factors” in product design… I tend to think of it as “digital ergonomics.” I find it reassuring that the movement to take this seriously is growing and spreading, rather than shrinking.

In any event, the concept of usability is pretty simple, and the relationship to value is basically a direct link. The more usable the thing is, the more value it has.

Like Usability, Reliability is easy. Does the thing do what it’s supposed to do? Does it do it consistently? Can it be counted to do that some reasonable distance (measured in months or years, depending on the thing) in the future? If the answer to all three of these questions is yes, then the thing is reliable.

Where reliability contributes to value is in the use of the thing. If I’m buying a lawn mower, for example, I want to know that it’s going to fire up when I pull the starter cable. Every time, assuming it’s been properly maintained and has gas. And it better start on the first day of mowing season, after sitting through the winter. Every year. For at least 5-10 years. This is where we get into durability. If I buy a mower that’s got a lot of really nifty features at a good price, but it dies after 3 years, then I have not gotten good value.

Durability can take many different forms. The easiest to grasp is the lawn mower example I just offered. But durability also applies to things like application and web design. Does the app or web site hold up and continue to provide value as the technological and design landscape changes?

Another example is marketing technique. Over the last 35 years or so, marketing has moved from newspaper ads to the Yellow Pages and direct mail, to email marketing, to SEO/organic search, to paid search, to web ads, and now to social media and sales funnels. With all of these marketing media, early adopters found some degree of success – sometimes quite a high degree – but then a gold rush ensued. Each medium mentioned became saturated with thousands of competitors scrapping for the same eyeballs, the message channels became clogged and no longer viable, desperate and sleazy behaviors emerged, and the people in the marketplace got turned off and tuned out.

What’s interesting though is that all of the media mentioned are still active and effective (with the obvious exception of phone books), if used wisely and correctly. Durability in marketing is about applying a consistent, authentic, thoughtful, data-driven, and effective strategy, regardless of the medium or channel, rather than trying to catch the latest hot wave that’s rising.

Price is far less of a factor in determining value than we tend to assume. What’s important about price is to be sure it is balanced properly against the other significant factors that define value. Let me illustrate with a story.

Some years ago, I was enjoying a pizza with friends. It was a fair bit cheaper than the pies from the place I typically ordered from. While we were stuffing our faces, one friend commented, “now THISis good value for money.” I ignored the veiled barb and got to thinking deeply about their comment. What they were really trying to say was that since it cost less than the pizza I preferred, it was a better deal.

I get frugality. I really do. But I am also pretty serious about my pizza. This particular pizza was pretty sub-standard in my estimation. The crust was limp and kind of soggy. The cheese and sauce were bland. The toppings were okay, but clearly heavily processed, rather than fresh and flavorful. And it was under-baked.

What I came to understand from reflecting on my friend’s comment was that this sort of thing mattered far more to me than to them. For them, pizza was pizza… nothing more than a basic commodity, where variations in quality weren’t really important. In that case, price is the only measuring stick, and so to my friend, lower price meant higher value.

Don’t get me wrong! I’ll gladly eat sub-standard or even bad pizza. After all, it’s PIZZA! To steal a line from the forgettably bad ‘90s movie Three of Hearts: “Sex is like pizza… even when it’s bad, it’s pretty good.”(I find nuggets of wisdom in the strangest places) However, in general, I’ll gladly pay a few bucks more for quality, because I have a different perception of value than my friend.

At the bottom of it all, value is a multi-layered measure of how well the thing in question meets the end-user’s expectations and needs. Price may or may not be a factor in the assessment of a thing’s value: “does the cost of the thing fit your budgetary limits?” Price, on its own, is simply a measure of how much a thing costs. It can be useful for comparing and deciding between similar things, but it’s not at all helpful in understanding how well the thing meets expectations.

The point here is that not everybody measures value in the same way. It comes down to your priorities. If factors such as quality, craftsmanship, reliability, and durability are not important to you, then all you really have left to go on is price. And that’s a totally valid (and common!) approach. However, the more emphasis you place on those factors, the less you rely on price as your guide. When you get away from using price as your measuring stick, you open yourself to greater possibilities and better experiences and outcomes, whether it be pizza, cars, lawn mowers, or web design.

Are you more interested in providing real value to your customers or audience than closing every deal, no matter how low the price? We’re of similar mind. We’d love to explore how we can help you get your message across to the right people.